Colder than ice is a quest given by a goblin elder located in the room [3,-4], in the Downs. 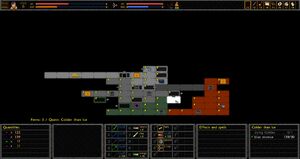 Colder than Ice on the map 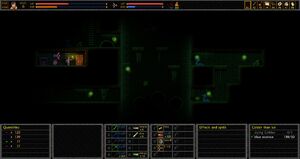 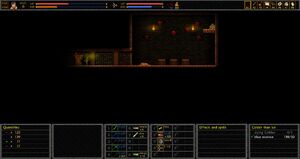 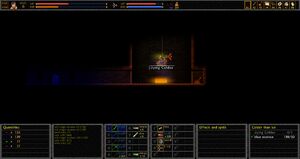 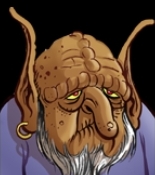 Colder than ice: Elder Goblin
Add a photo to this gallery

Quick ! The last ice elemental of this castle in danger, his species is near from extinction ! You must save him from the forces of the Eternal Fire who are trying to melt him. In this quest, you have to:

There are 2 rooms to process in this quest:

After you gave the elder goblin, what he needed to save the Dying Coldax. He will give you the reduced Coldax Frost Pet as reward as he can't survive alone in this castle. You will also gain some exp points.

If you try to press action in front of the cauldron while not having the quest, it will trigger a scene as the bottom screen will fade to black but nothing will happen.

Goblin Elder : "The Forces of the Eternal Fire have captured Coldax! They trying to melt him! "

Goblin Elder : "The last of the ice elementals in this castle. You must prevent his extinction! "

Goblin Elder : "They took him through that door. He must be in there! They must be trying to kill him. "

Goblin Elder : "I'm also going to need some blue magic essence to cast the freezing spells to heal him. "

If you use an augury scroll while having this quest active the narrator will tell you:

"Beyond the door, slay all the helmets, then look for a secret wall that will lead you to a room, where another secret wall hides a lever that grants acces to the boiling cauldron. "

Goblin Elder : "They tried to melt Coldax slowly... what a horrible torture! "

Daniel : "This elemental is rather small, you know? I imagined a 15-foot-tall creature. "

Goblin Elder : "He was much bigger, but he lost too much essence inside that cauldron. I'm going to see if I can save him... "

"It worked, it looks like he's recovered some strength... although he will never be the same. Stranger, may I as you a final favor? "

Goblin Elder : "Take him with you. He is too weak to face the dangers of this place on his own, but with you he will have a better chance and can help, especially against the forces of the Eternal Fire. "

Narrator: "Frost is directly opposed to fire. A frost attack will extinguish a burning creature, and vice versa: a fire attack wil melt any frost that slows a creature. "

Retrieved from "https://unepic.fandom.com/wiki/Colder_than_ice?oldid=6955"
Community content is available under CC-BY-SA unless otherwise noted.